What the Gig Economy Means to Workers’ Compensation in Illinois

What the Gig Economy Means to Workers’ Compensation in Illinois

Do independent contractors have any workers’ compensation rights in Illinois?

This question is becoming especially relevant with the growth of the so-called gig economy, where services are provided by contractors who technically do not work as full-time employees of a business. In fact, the gig economy now accounts for 60 million Americans. Typically, gig workers, which I’ll refer to as independent contractors for the purposes of explanation, pay for their own benefits including healthcare. Under the Illinois Workers’ Compensation Act, independent contractors are not eligible for workers’ compensation benefits.

The Key Is Control

A truck driver we’ll call Don was delivering freight from Chicago to the East Coast for a transportation firm. On the surface, Don operated like an independent contractor. He owned his own truck. He paid for his own expenses. His employer instructed him on products they wanted him to load and deliver, and the company paid him for his services.

Unfortunately for Don, in 2012, he slipped and fell on ice located in the refrigerated truck trailer, injuring his lower back. The injury was so painful that he required two surgeries and physical therapy, incurring a considerable expense. He filed for workers’ compensation benefits. His employer, though, did not consider themselves responsible for workers’ compensation. After all, they had not hired him as a full-time employee.

Don took his dispute to the Illinois Workers’ Compensation Commission (IWCC). The IWCC, after considering the facts, ruled that Don was entitled to workers’ compensation. Why? Because even though Don was technically not an employee, his employer treated him like one. For example, Don hauled freight exclusively for his employer. The company determined his delivery schedule, had the authority to discharge him at will, and required him to pass a pre-employment drug test as a condition of their working relationship.

Yes, the IWCC noted, Don owned his truck, paid his own expenses, and had the authority to hire someone else (his own brother) to complete his duties after he hurt himself. But the IWCC felt that the factors pointing to an employer-employee relationship prevailed.

The issue came down to control. Don’s employer exerted so much control over the working relationship that in the eyes of the IWCC, Don was, for all intents and purposes, acting as an employee. The IWCC awarded him temporary total disability benefits, reasonable and necessary medical benefits, and permanent partial disability.

The lesson learned: the law is not always cut and dry. Had Don accepted the employer’s position that he was not an employee, he would never have received anything for his injuries. Fortunately for Don, he pressed his case, and he won.

If you are injured on the job, don’t assume the worst. Always look into your options for workers’ compensation, even if you are an independent contractor. You may not prevail as Don did – and a qualified workers’ compensation attorney will tell you straight off whether you have a legitimate issue or not. At Capron Avgerinos & Heinlen, we’ve been fighting for our clients to gain workers’ compensation benefits for decades (here are examples of results we have achieved). We can help.

Call Capron Avgerinos & Heinlen now at 800-535-4542 if you need help with a workers’ compensation case in Illinois or Iowa. As your Illinois and Iowa Injury Network, we are ready to assist you over the phone or in person. We perform our cases on a contingent fee basis, which means we are not paid unless you recover compensation for your claim. Call Capron Avgerinos & Heinlen at 800-535-4542. Let us show how we can deliver results for you. 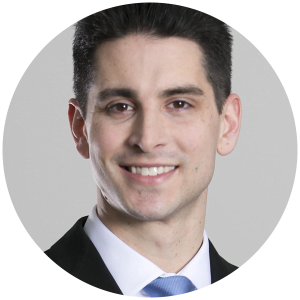 Rocco Motto is an attorney with Capron Avgerinos & Heinlen with an emphasis on industrial accidents, construction negligence, and personal injury.
Medical Marijuana and Workers’ Compensation in Illinois: What You Need to KnowPrevious Post
Vaping Can Kill You: What You Need to KnowNext Post