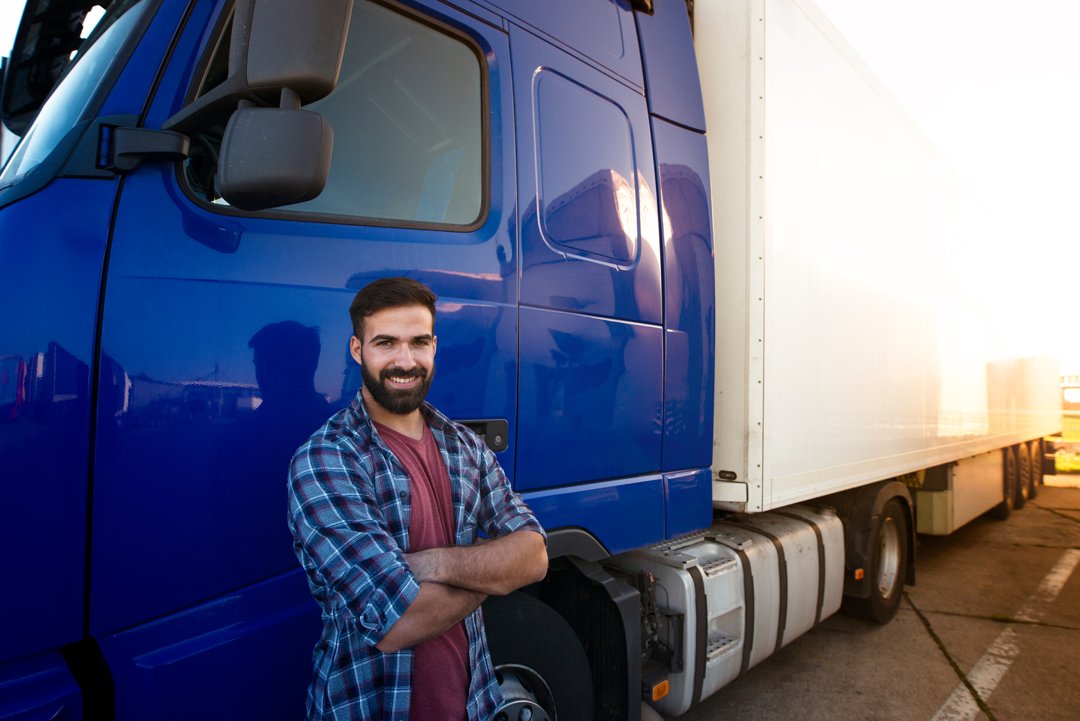 Truckers, if you are injured on the job, the first thing you need to do is consult an attorney such as Capron Avgerinos & Heinlen to manage the fall-out.

Don’t talk with your employer or insurance company about workers’ compensation without first getting legal help. Trucker injuries can be catastrophic. They can cause serious injuries and ruin a family financially when the medical bills come due. Unless you get legal help, you could lose a fortune in workers’ compensation money that is rightfully yours. An experienced law firm that understands truckers’ rights will go to bat for you and deliver financial results.

For years, Capron Avgerinos & Heinlen has been winning settlements for truckers by applying our in-depth knowledge of the special issues that truckers face. Here are a few recent examples:

When a 59-year-old man fell from his truck injuring his neck and upper back, he was unable to return to work in his former occupation. After determining the reduction of his earning capacity, Capron Avgerinos & Heinlen negotiated a settlement of $325,000, which included funds allocated for future medical treatment should it ever be necessary.

A 37-year-old truck driver strained his left elbow while struggling to remove the fifth wheel pin from his trailer. He underwent multiple elbow surgeries and was eventually cleared to return to work with a permanent light-duty restriction. His employer was located in Arkansas, and he lived in Indiana, but he was injured in Illinois. Therefore, the Illinois Workers’ Compensation Act applied. Capron Avgerinos & Heinlen achieved a $315,000 settlement, more than it would have been worth in Arkansas and Indiana combined.

A 49-year-old truck driver broke his ankle exiting his trailer. As a result of the injury, he required an ankle fusion. The doctor determined that the claimant required no further medical care. The insurance adjuster offered to settle the case for $77,000. We strongly urged our client to reject this offer. In less than one year, Capron Avgerinos & Heinlen obtained a $225,000 settlement for him.

A 43-year-old truck driver from Alabama was injured when he slipped and fell while making a delivery in Rochelle, Illinois. The insurance carrier paid him benefits under Alabama law. They paid for his shoulder surgery, but when he returned to the doctor several months later in need of a second surgery, they denied responsibility. Capron Avgerinos & Heinlen compelled the insurance carrier to pay for the second surgery, after which our client was able to return to his regular job as a truck driver. Because Alabama disability benefits were just a fraction of what an injured worker is entitled to receive under Illinois law, Capron Avgerinos & Heinlen obtained for him the differential between the two benefit rates. We also obtained a $55,000 lump-sum settlement to compensate him for the permanent disability associated with the shoulder injury — also several times more than what he would have received under Alabama law.

A 50-year-old truck driver slipped and fell getting out of his truck cab. He landed on his left hand and suffered a cartilage tear near the wrist, which required two surgical procedures. Although he was entitled to medical benefits, his employer did not offer a workers’ compensation settlement. When he contacted us, he had already been given a full duty release and had returned to work. We negotiated a $43,000 settlement that our client did not know he was entitled to receive for his arm injury.

In all these cases, Capron Avgerinos & Heinlen delivered results for truckers who would have left serious money on the table had they acted alone.

As we discuss in a recent blog post, navigating the world of workers’ compensation for truckers can be complicated for many reasons, such as the impact of your Truckers Occupational Accident Insurance Certificate. Don’t go it alone. Contact Capron Avgerinos & Heinlen now.

So Where’s The Justice? Right Here.

Get legal advice now before you file for workers’ compensation. Call us at 855.208.3807, use our Live Chat 24/7, or fill out the easy form found here and we’ll get back to you lickety-split.

Nick Avgerinos is a senior partner of Capron Avgerinos & Heinlen and a founder of the firm. Nick handles a variety of workers’ compensation cases and has had extensive experience working with union labor, including steelworkers, food and commercial workers, plumbers and steamfitters, carpenters, roofers, electrical workers, brick layers, laborers, machinists, and teamsters, specifically in western Illinois and eastern Iowa.
Defense Base Act Claims Jump in 2019Previous Post
Falling on Ice and Snow in Illinois: What the Law SaysNext Post